In June 1941 the Axis Powers invaded the Soviet Union, and by September their forces had surrounded Leningrad. The blockade lasted an astonishing 872 days and cost the lives of a million of the city’s people, most of whom died of starvation.

A young artist, Elena Marttila, endured the terrible winter of 1941-42 in Leningrad, and created a visual diary of everything she saw and experienced.

After the war she developed her sketches into lithographs and engravings, a selection of which we are showing for the first time in the UK. Elena was determined that her record of life under extreme conditions should be preserved for future generations. Her work offers modern viewers a unique insight into the darkness that Leningrad endured.

The exhibition is a tribute to Elena Marttila’s life, legacy and artistic integrity and is dedicated to her friends and fellow Leningraders: both those who died during the blockade, and those who survived but are no longer with us. 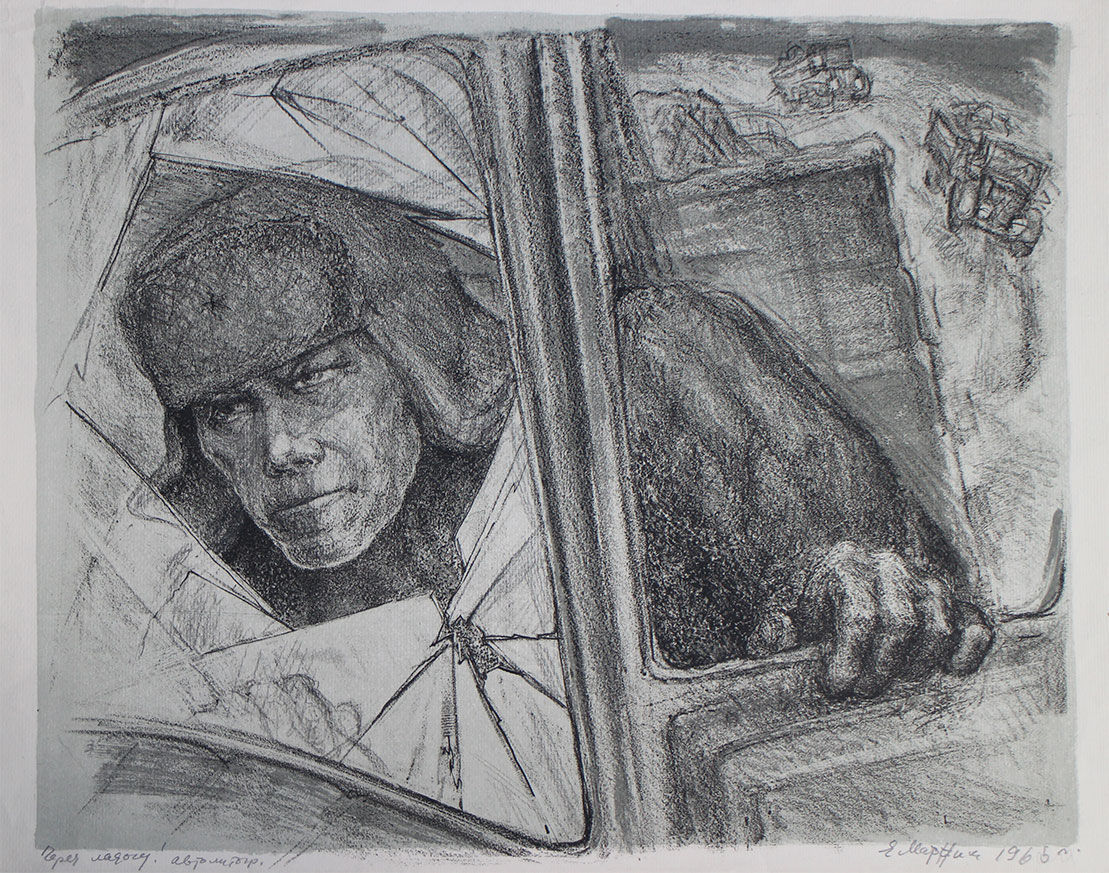